Posted by Unknown Posted on 18:09 with No comments 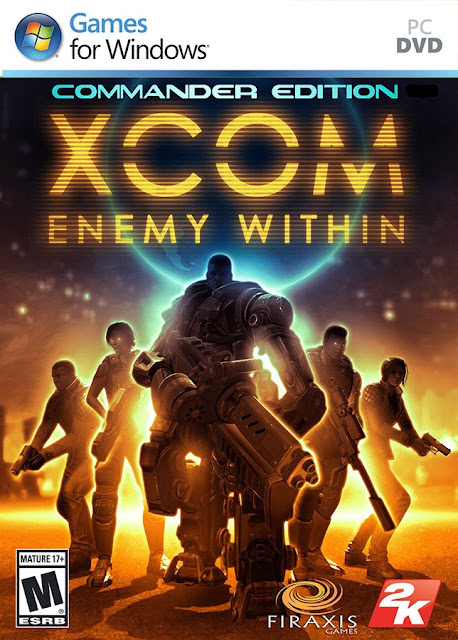 XCOM: Enemy Within is the expansion to the 2012 Game of the Year award-winning strategy game XCOM: Enemy Unknown. Enemy Within adds an incredible array of new abilities, upgrades and weapons to combat new enemy and alien threats. This expansion also introduces new maps and missions, new tactical and strategic gameplay, and new multiplayer content providing a fresh new gameplay experience.

New Soldier Abilities: Construct the Genetics Lab to physically enhance your operatives’ abilities including augmentations to the chest, brain, eyes, skin, and legs or build the Cybernetics Lab to enable the construction of the new Mechanized Exoskeletal Cybersuit, or MEC. The new MEC Trooper class has specialized abilities and each suit can be upgraded with new weapons including the flamethrower and grenade launcher.

New Weapons and Equipment: Give your operatives an extra tactical edge with new projects from your engineering team and the Foundry.

New Strategic Resource: A valuable new alien resource, known as Meld, has been discovered. Secure it on the battlefield and use it carefully back at base to unlock new research and upgrades.

New Multiplayer maps, units, and abilities: Create your custom squad from a wider array of options and dominate your opponent in intense, one-on-one, turn-based matches.